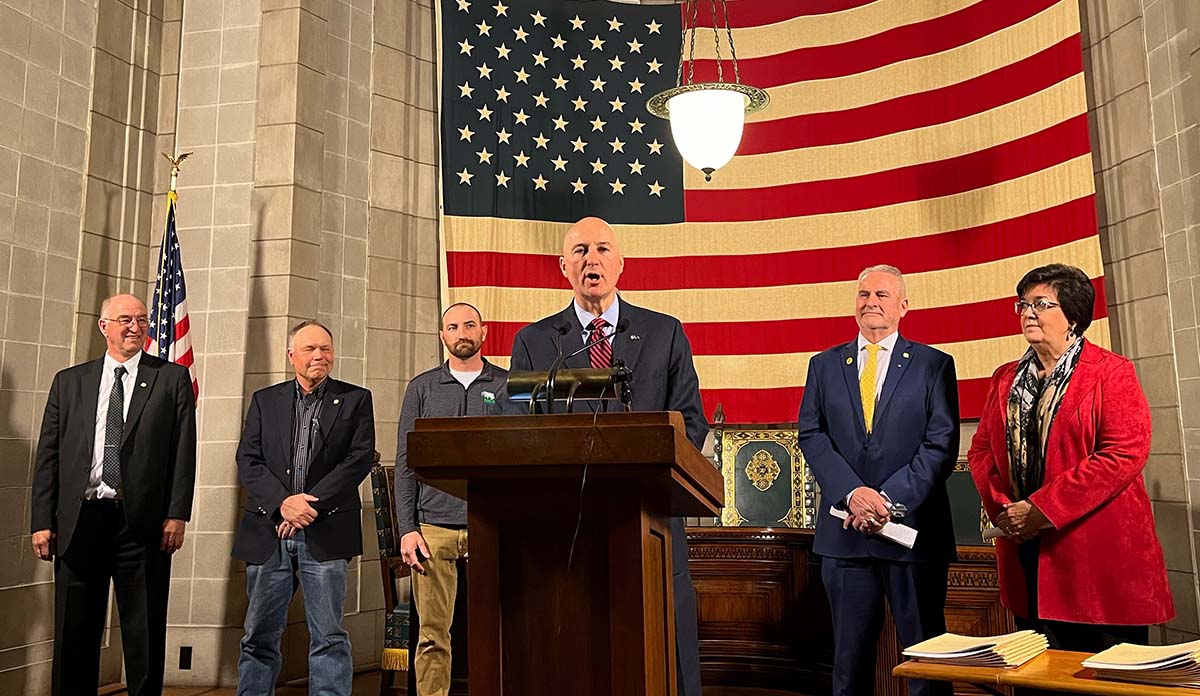 Fairmont, NE – POET, the world’s largest biofuel producer, applauded legislation signed today by Governor Pete Ricketts that will provide Nebraska motorists cleaner, more affordable options at the fuel pump. The Nebraska Higher Blend Tax Credit, originally introduced by Senator Joni Albrecht of Thurston and adopted into a broader package sponsored by Senator Dave Murman of Glenvil, offers qualifying retailers a tax credit for every gallon sold of higher bioethanol blends, including $0.05 per gallon of E15 and $0.08 per gallon on blends of E25 or greater. With support from Speaker Mike Hilgers of Lincoln, the final bill was approved by the legislature on April 13 by a vote of 46 to 0.

“This tax credit will ensure that more drivers across the state can take advantage of higher bioethanol blends to save money at the pump and bolster American energy security,” said Joshua Shields, Senior Vice President at POET. “We’re very grateful to Governor Ricketts, as well as Speaker Hilgers, Senator Albrecht, and Senator Murman for getting this important legislation over the finish line. E15 has been saving motorists even before oil prices spiked, and its adoption statewide could add $100 million to Nebraska’s economy. Working alongside Nebraska farmers, we’re ready to ensure that the Cornhusker State continues to lead the charge on clean, homegrown energy produced by Americans, for Americans.”

Read more about what E15 can do for Nebraska at POET.com/NebraskaE15.