Founder Jeff Broin to continue as Executive Chairman of the Board 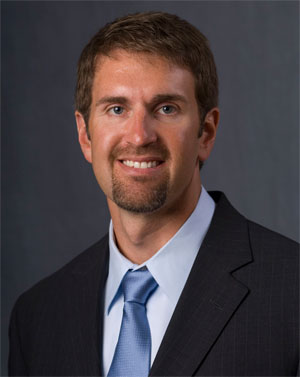 Jeff Lautt was named CEO of POET, the ethanol company announced today. Lautt has been with POET since 2005, serving most recently as President of the company. Company founder Jeff Broin will step down after 25 years as the CEO but will continue managing and leading the company’s board as Executive Chairman.

“For the past 25 years, Jeff Broin has led POET and the entire ethanol industry,” said Lautt. “He has grown POET from one small plant to a leadership position in the global renewable fuels industry. With the help of the entire team at POET, I will do my best to continue building on the success the company has achieved.”

Jeff Lautt has been with POET since early 2005 and has served as its President since 2011. Prior to that, he was the Executive Vice President of Corporate Operations. In that position, Lautt was responsible for all operational business units within POET. Lautt spent fourteen years in the emergency vehicle industry where he served as President of a Midwestern-based fire truck manufacturing company before joining POET. Lautt has a Bachelor of Science degree in Business and Engineering from South Dakota State University.

“After 25 years leading the company, I wanted to spend more time with my family and take on new challenges,” Jeff Broin said. “I will continue to be involved in strategic direction for the company as Executive Chairman of the Board, and leave the day-to-day operations to our very capable management team. I would not have done this had I not been convinced that the company would be in good hands. Under the leadership of Jeff Lautt and the entire management team at POET, I have confidence that the company will continue to lead the industry into the future.”

In addition to serving as Executive Chairman of POET’s Board of Directors, Broin will continue to speak out on behalf of ethanol and agriculture as co-chairman of Growth Energy. He also intends to spend more time guiding the activities of his newly created foundation, “Teach a Man to Fish” which will spread the power of agriculture throughout the developing world.

Broin, who is married with three children, has been the CEO of POET since the company was founded in 1987. In his more than two decades of leadership, POET has grown from 1 million gallons of ethanol that first year to an annual capacity in excess of 1.6 billion gallons.

About POET
POET, one of the world’s largest ethanol producers, is a leader in biorefining through its efficient, vertically integrated approach to production. The 25-year-old company has a production capacity in excess of 1.6 billion gallons of ethanol and 9 billion pounds of high-protein animal feed annually from its network of 27 production facilities. POET also operates a pilot-scale cellulosic bio-ethanol plant, which uses corn cobs, leaves, husk and some stalk as feedstock, and expects to commercialize the process in Emmetsburg, Iowa through its joint venture with DSM. For more information, visit http://www.poet.com.
# # #