POET Bioprocessing, located near Cloverdale, IN was purchased by POET on June 29, 2010 and celebrated its grand opening event on March 15, 2011. The 92 million gallon per year facility was previously operated by Altra Biofuels.

In October 2019, POET was forced to idle the Cloverdale plant due to an unsustainable market environment for ethanol production brought around by EPA mismanagement of the Renewable Fuel Standard. At that time focus shifted to management of a grain elevator operation.

POET Bioprocessing - Cloverdale is pleased to be part of the Cloverdale, IN community.

Directions:
I-70 Exit 41 (Cloverdale)
Turn North go to County Rd 800 and turn left
POET is located on the right. 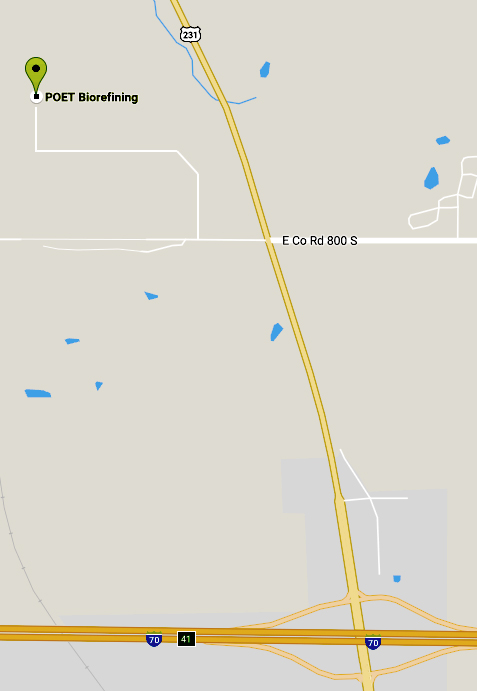 Grain Receiving hours are posted on the Cash bid website.